Hepatitis C is a liver infecting virus, which affects the liver’s proper functioning and causes fatal damages to it in later stages. Hepatitis C virus is a blood-borne virus, which means it is spread through blood and not by any other means. When infected blood comes in contact with healthy blood, the virus tends to find a new host. Through blood, this virus enters the liver cells and multiplies there for a longer time. One of the things that are counted as complexity is that there is hardly any symptom in some cases. This means the person will not get to know of the infection, and the virus stays in the liver for years, causing liver cirrhosis or cancer.

Hepatitis C infects a person in varying stages. All these stages have their own symptoms. In some people, the hepatitis C virus shows symptoms within weeks of exposure. And in some cases, it may not show any signs even after six months.

Some common symptoms that an infected person can show are:

Also, if the person has chronic hepatitis C, then the symptoms can be much more severe, like:

As this disease is contracted from infected blood, there should be blood contact between a healthy and an infected person. There are several instances in which there is a chance of catching hepatitis infection, like:

Those people who have tattoos done on them, or those who take drugs should get tested for hepatitis C. Infected needles are usually one of the major causes of contracting the infection. Also, those who have HIV, needed a blood transfusion recently, had an organ transplant, or is on kidney dialysis, should get tested.

There are many ways doctors tend to test for hepatitis C infections. Some common ways include testing liver function, HCV RNA test, and Anti-HCV antibodies test. Getting tested in time will help the patient recover quickly and also reduce the chances of liver dysfunction.

Choosing The Right Dance Style For You 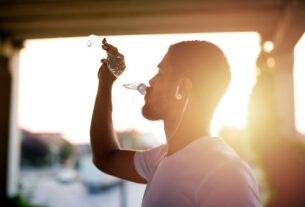 When and How to Hydrate FAST