“Doesn’t it even bother you that it is an abortion every month?” she asked me quietly. I was sitting in church, recently married, and speaking to my friend Clisa. She had just gone through training as a Pharmacy Technician. She had asked me if we were planning on having kids soon, and I had responded that I was on the pill. This was a disturbing idea and apparent accusation from her, as I was raised in a pro-life atmosphere and a devout Christian. I told her, no, that was not right! There was no baby made, so no abortion was possible. She obviously did not understand the basics of conception!

About a week later, I had spotting. It was odd. I recalled having a terrible yeast infection just after our honeymoon, which had cleared up with an over the counter cream. Maybe the infection was due to it being my first time to be intimate, or due to a less than perfectly hygienic hotel Jacuzzi in our room? I thought the spotting was my period, but it was light and lasted only two days. About a week after that, I had my period. So, I may have been pregnant and lost my baby, due to the effects of the pill. I had not done a test, since I thought it was just something related to the pill. Spotting was listed as a side effect of the pill, after all. Well, it may be related to a missed abortion, actually. Phrasing to subvert the truth is very important to sell drugs, of course! I later learned it can take months for the uterine lining to regain the thickness required to support a pregnancy.

It bugged me when I recalled the conversation with Clisa, and I eventually made time from my busy schedule as a newly married woman and college student, to research this topic. When I had some time the next few weeks, I researched the pill medication information sheet and other pill information sheets. I called the pill distribution companies and a Pharmacist, who told me the possibility of an abortion happening from taking the pill was maybe 4-7% each month. This is due to ovulation sometimes happening due to maybe an infection, forgetting to take the pill at the same time, missing a pill, antibiotics, or hormonal imbalances. If an egg is released and fertilized, the other mechanisms of the pill include thickening cervical mucus and thinning the uterine wall to not support sperm getting to the egg, or a fetus attaching to the uterus. When this happens, it is called a missed abortion. Since the baby cannot attach, it is lost in the menstrual flow. Unsupported. Undernourished. How unloved! Forgotten. Cold. I could not do this to my potential child, so I abruptly stopped the pill about two months after my wedding day.

I am writing this short account to help women all over the world to understand what they are potentially doing when they take hormonal birth control. They are risking losing possibly the only baby they could ever have! The Bible says to speak up for those who are unable to speak for themselves, and for such as are appointed to death. I want to do that.

My new husband and I decided to use Natural Family Planning. He was somewhat supportive, especially on the days we could be intimate. In a few days, I became easier to live with, since my hormones stabilized and I was not crying easily, a new side to my personality that had started after beginning the pill. After reading online and a library book on the subject of Natural Family Planning, I took my oral temperature at the same time every morning when I awoke. If it raised a certain amount, it meant I was ovulating. The egg can live 1-2 days, on average. Sperm can live 2-5 days within a woman’s body. So, the lowest risk of pregnancy was abstaining until 2 days after ovulation. Using a condom without spermicide any other time also could help to reduce the pregnancy risk, without risk to our potential child, if sperm got through. An IUD causes missed abortions, since anything attached in the uterus expels a fertilized egg. The implant is just another way to get the same hormones and effects as an oral pill.

Another option is sterilization, either through vasectomy for a husband, or a tubal ligation for a wife. However, I have heard of women developing hormone problems, including early menopausal symptoms, after getting their tubal ligation surgeries. A verbal prenuptial agreement had already been made with my fiance that, after we felt our family was complete, he would get sterilization.

So, we were stuck with Natural Family Planning, considered a joke of an effort to be childless in our generation. What do you call a couple who uses Natural Family Planning? Answer: Parents!! Actually, that joke is about those who do not do their homework. Since plan B was not an option due to its abortifacient properties, we had to take our procreation abilities seriously! It happened to be that our first unprotected sex after the pill brought us our firstborn. It really is not a great idea to be intimate when you know you are ovulating, even if your spouse convinces you the odds are low for just once or to be a good wife and go ahead! That is, unless you are ready to have a baby!

My husband’s successful vasectomy made our married lives much easier later in 2008, after years of periodic abstinence just before and during my fertile days. We felt our family was complete after having two boys, about four years apart. Both pregnancies, I had also had severe gallbladder issues toward the end. At seven months pregnant with our second child, I had almost needed my gallbladder removed. It was a terrifying time, but I thankfully found a gallbladder cleanse online with natural ingredients that flushed out the gallstones and helped me avoid surgery while pregnant. After delivery, my Obstetrician said I should not have more children unless I first had my gallbladder removed. This helped us make our decision, too, since I researched about long-term consequences of gallbladder removal. I was going to keep my organ!

Yes, Natural Family Planning has unique benefits and considerations, but it is worth knowing you are preventing a potential abortion every month. Thank you for reading our reproductive journey in a nutshell, and please share this with every woman you know. It could save lives of otherwise unborn children and help women to naturally plan their families, while allowing them to keep the hormones they went through puberty to have at the levels they will feel like themselves again.

How to Relieve Morning Sickness? 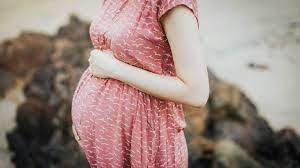 Pregnancy and Its Impact on Your Eyesight