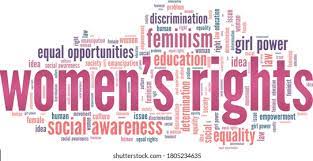 Cysts in the ovary are a very common sight, especially in women who are menstruating and these cysts have the capability of resolving on their own. This is what under normal circumstances ovarian cysts are, but there are certain cases, wherein these ovarian cysts rupture and tend to develop into a major serious issue.

Generally, these cysts which are formed in the ovary take months to rectify, and in those cases where they do not go on their own, they tend to have certain other symptoms of discomfort like pain or other problems associated with them.

There are also cases wherein these ovarian cysts are found to of malign nature, a condition which is very dangerous for females suffering from it. The most common symptoms of presence of an ovarian cyst are experiencing excessive pain during intercourse, irregular and very painful periods, pain in the lower abdomen area which goes up till the thighs or pain in the abdomen while passing bowel movements.

In most cases, cysts have the tendency of resolving and getting rectified on their own, but in certain cases they have to be removed with the help of a surgical procedure. It is at the time of surgery that the cysts are checked for their malign nature and medicinal remedy is suggested accordingly.

There are certain cases when the cysts are not detected at an early stage. In such a situation it has the tendency of getting ruptured. Ovarian cysts rupture can lead to various serious and life threatening complications like serious infections and hemorrhage.

There are various medical tests which confirm the presence of ruptured ovarian cysts in a women. There are a complete set of blood tests which are conducted to ascertain the presence of ruptured ovarian cysts. If there is a hint of anemia in these blood tests it is an indicator of internal bleeding and checking of hemoglobin levels would also be mandatory.

One thing that should be kept in mind is that females should in case of a suspected ovarian cyst rupture always get themselves checked for pregnancy as the symptoms of pregnancy and ovarian cysts rupture are quite identical. There are a lot of treatment options which are available to cure the condition of ruptured cysts and largely the line of treatment depends on the exact medical condition or the gravity of the patient’s condition.

The primary mode of line of treatment is to improve the condition of the patient and that is done with the initiation of an antibiotic medicine dose. Since the physical condition of the patient during a ruptured ovarian cyst is that of immense pain, the primary objective of the doctors is to ensure effective pain management and then depending upon the extent of the cysts condition take up future corrective action like surgical procedure etc.

The Benefits of Fish Oil For Women

Why Do Women’s Bodies Change Shape?